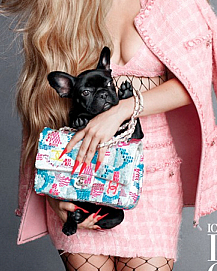 Animism is in fashion. And I am not talking about our infatuation with cats, dogs and sloths (my favorite are photo shoots of iguanas dressed up as rock stars). Animism is the belief that a soul or spirit exists in every object, whether animate or inanimate. The word comes from the Latin anima, meaning ‘breath’. In Thai and Lao culture the anima is called kwan- a vital essence that exists in different concentrations: humans, animals, plants, flowers, trees, rivers, stars, houses, boats, rice, wheat, textiles, statues and even the taxi I took home the other night all have kwan that can be communicated with. Simply stated it’s very much how a child animates a doll, rock or an invisible friend. Animism is a fundamental part of our development in how we relate to the world; we have all been animists. It is a creative and perceptive state of mind that for most of us was pushed into the depths of dream states as we became self-reflective and developed rational thinking skills. Today animism is perceived as magical and primitive. Academics, scientists and religious fundamentalists have passionately tried to wipe out animist beliefs for centuries. But before we throw the animist baby out with the superstitious bath water, we should wonder why animism is still around. There must be some value in human kinds love for a soul of the world, because animism has never really left us, and if anything it is making a comeback. After all, Lady Gaga is an animist.

In the September 2014 Bazaar issue, Karl Lagerfeld interviews the queen of pop culture about her latest fashion “trip”:

“My latest trip is feeling a connection to all women throughout history through fashion. I love wearing clothes knowing that I’m carrying the spirit of previous fashionistas, and living out more of their fantasies, and my own. I believe clothes carry the soul of the designer and the person wearing them forever, so I look for clothes with a soul. Perhaps it’s something only I can see. But I know it’s real.”

The soul of animism is eternal; carried on through Mother Nature’s biological duty to pass along her intelligent genetic codes. It is not so much esoteric as it is a simple ability to understand nature on its own terms and listen to what it has to say. In Thailand, a farmer will place a bag of unhusked rice inside a spirit house from the first harvest of the season because he believes that it carries the soul essence, kwan, of the rice. As the village consumes the rest of the harvest, the kwan of Mother Rice is honored and preserved so that she can be communicated with and encouraged to produce more abundant crops. Sometimes the farmer will receive a message or omen from the rice spirit, and a special ceremony will be made upon her request. Great care is taken not to offend her. This is not much different from Lady Gaga’s relationship to the creators of her dresses that she can “see”. Both the farmer and Lady Gaga are connecting to creation through their ability to honor the soul. This reconnects them to nature through an emotionally charged and satisfying experience.

But why do we need re-connecting at all? The illusion of a separate self has been the hot topic of spiritual traditions since the beginning of time. The separation between humankind and nature occurred when the ego first heard the tick-tock of times clock marching towards our death. In short, we realized our Self along with our mortality. Any connection to Mother Earth’s ability to pro-create soothed the anxiety around death and brought us into the present moment. Those who could tap into this state of union with nature reunited with the ‘breath’ of life and felt ‘inspired’ and immortal, even if just for that moment. The animists inspired state experiences a fantastic communication with nature. Since everything is alive and animated including us, everything is interdependent and in a constant dialog with each other. For example, the woven textiles of Southeast Asia are known to invoke magic powers on the wearer giving them the ability to heal and receive prophecies. This is an important point. The belief that we can have a conversation with a t-shirt sounds ridiculous. It’s not so far-fetched if you are Spider Man. Never-the-less this deep creative connection to the soul in all things within and without feeds Lady Gaga’s passion, or in her words, is her “latest trip”. Love her or hate her, Lady Gaga represents the art and music scene that the new generation of our civilization is swaying to. Her fearless personality and knack for creativity appeals to the masses and fills a void for society’s entertainment pleasure and dare I say soul.

The Future of an Animist “Trip”

The more we progress, it seems the more we regress. As the new age learns how to transcend the boundaries of space and time we have tapped into a spiraling matrix of artificial intelligence that is causing us to dig up our animist instincts and integrate them with pop culture. Artificial intelligence is animating inanimate objects, taking animism to a whole new level. But where the true animist experiences a ‘soul’, computers currently lack. The possibility that a computer could, in the future, have its own soul-essence or breath of consciousness is something some fear and many look forward to.

Of all the cultures, Asians have had no problem integrating technology with animistic beliefs. The Tamagotchi fad in Japan is a great example of an neo-animist techno pet craze. Recently, I was at a Buddhist temple in Bangkok called Wat Bak Naarm and discovered two tech savvy cement dragon sculptures sliding down the balustrades of a new building inside the temple compound. Instead of holding a traditional ball in their mouths (the dragon’s source of power), they hold cellphones in their giant hands. When you consider that the dragon is a symbol of transformation from instinctual behaviors to higher states of consciousness, it is fitting that these angelic reptiles are embracing technology for their next leap forward. Thailand’s animist traditions have persisted alongside Buddhism for hundreds of years. Another example are Thai spirit houses. Originally simple wooden huts offered to the spirits of the land and trees, today they protect high rise buildings and are constructed in modern shapes of cut glass and marble. I imagine in the future, spirit houses could be moved off of the land and into an APP that people can use to connect to nature through their mobile device.

As progressively spiritual as all of this may sound, the shadow side of animist belief is the tendency to confuse ritual with reality. For example most all cultures participated in sacrificial blood offerings of children, virgins and/or animals to the Goddess at one time in their development (and some still do). Over time extreme animist practices became outdated and were grafted into other beliefs or were suppressed. Tangible nature spirits became intangible Gods, multiple Gods became One God and God became science. Yet through the process of becoming more and more conscious, something unfortunate happened: Nature was reduced to a mechanical model and we lost touch with the original animist insight that we all have an inherent connection to the power of life. Rather than fully wake up, we repressed our instinctual ability to listen to the soul and developed more substitute gratifications to secure our immortality through food, sex, money and power. Today ritual is still confused with reality and greed dominates environmental sustainability. Ancient temples and churches built on animist ground pale in comparison to luxury brand worship that only the wealthy and most powerful can afford. The Prada flagship store on Madison Avenue in New York City cost $40 million dollars. For many, a seasonal ritual visit to Prada is a spiritual high.

The force of animism today is not only in its ability to magically beckon the fruits of the Goddess or a Prada handbag for a temporary dose of immortality. A revival is happening naturally as we close the gaps of understanding between our origins and our future. Humanities urge to connect to the soul of the world may not be as much as a need to reconnect to the past, but that we really just don’t know where we are going and how we should be going about doing it without destroying ourselves. Honoring nature’s intelligence is a natural way to humble the ego and discover hidden parts of ourselves that could use a little more attention. It wouldn’t hurt to try on a pair of animist glasses (with the ability to set them down when necessary) to see what kind of new perspectives and creative insights emerge. It seems to be working for Lady Gaga.