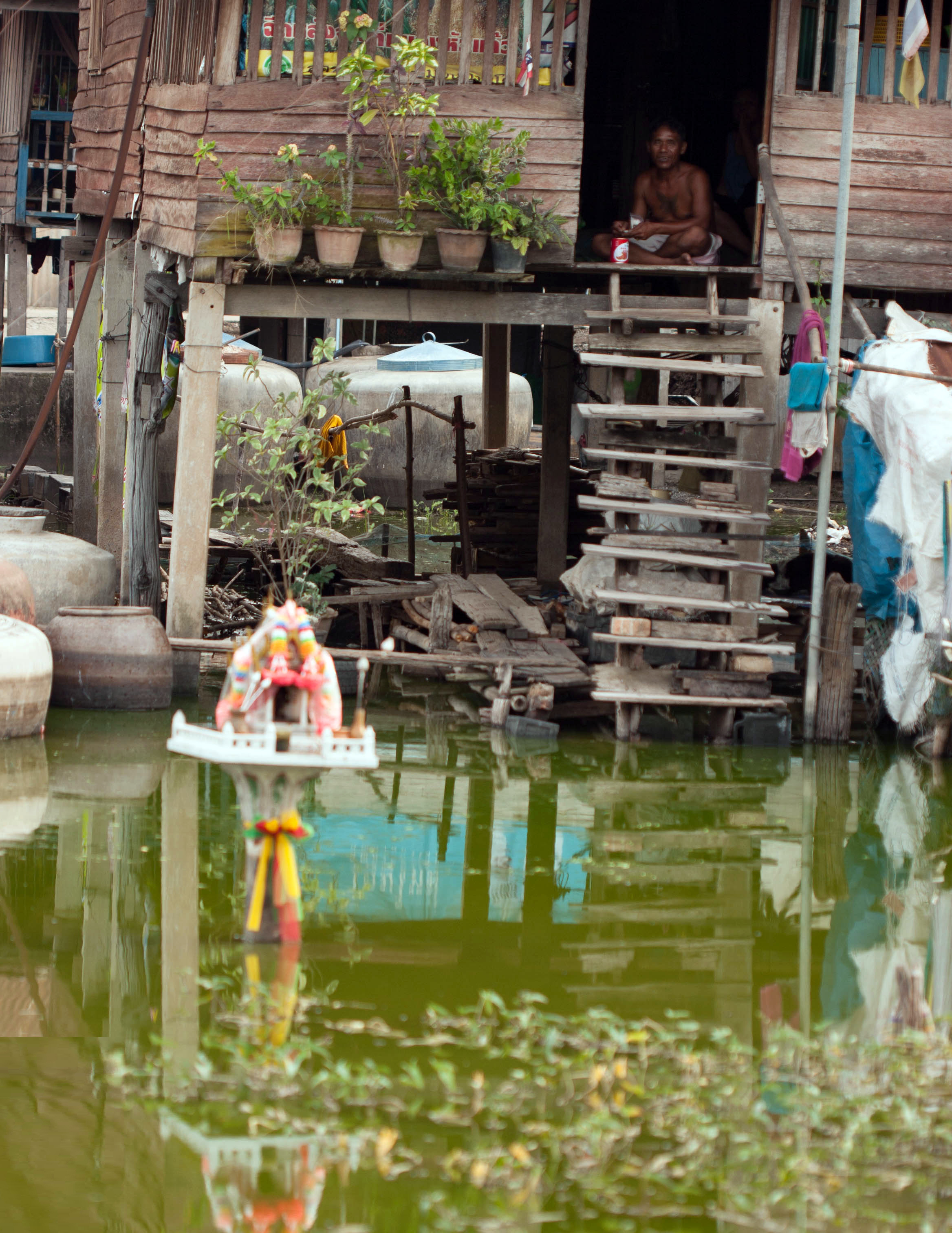 Once upon a time I spent the night at a temple in Petchabun province to study with a 130 year old alchemist monk named Long Pu Lamai. While toothless, his skin glowed with life and his spine was long and straight. It was an unusual temple occupied by only Long Pu and his assistant as well as an extensive herb garden. In the morning I watched him pull out weeds and collect herbs. Then he would disappear into the laboratory where he kept magical metals immersed in local honey and alien looking stones that he said could cure cancer. He had collected most of these specimens by himself from cave hunting around the mineral rich province. Long Pu was born in Laos and had been a renunciate monk since he was a boy. At 130 years old that would make him a monk for over 100 years! If anyone knew the secret to the Universe it was him.After many general talks about Buddhism and life I finally got the courage to discuss the reason I came: I wanted to learn a mantra that could help me master the element of fire. That gave him the giggles to which he said “no way, too dangerous!” in Thai, but continued to teach me a mantra for water, “Because it was gentler”.

“Once you master water, you can master all of the elements very easily”, he said.

I chanted the mantra for about a month while sitting with a bowl of water as he instructed, but nothing fancy happened. Later I learned that the mantra he gave me was not a secret. It is a simple Pali seed mantra that all Thai spirit house priests know. Never the less his lesson stuck with me. Water first. Water before fire.

Enter qigong, a Chinese system of energy circulation and healing techniques that uses meditation in motion. I had been practicing qigong for years and came across the Thai qigong Master Mantak Chia's teachings on the elements. The beauty of spiritual practices that emphasize the body like yoga and qigong is that esoteric teachings are grounded in a kinesthetic experience. The word qi in qigong is translated to English as 'life essence', but the meaning of the Chinese character is ‘the mist or steam that rises off of rice’. Steam is a distilled form of water, and rice symbolizes the nourishing principle of the earth. In our body, the kidney - bladder organ system controls our fluids and rules the element of water. When just enough fire element is used to warm the water of the kidneys, a pure steam essence is produced. Since water is everywhere in our body, this process of internal alchemy also happens inside other organs and energy centers. An important point is that steam rises, so the goal is that the steam begins from the water and earth organs of the ‘lower burner’ (the lower abdomen) and rises to the upper torso where it nourishes the lungs, heart and brain. Qigong uses internal distillation techniques and slow relaxed movements to gently heat up our internal waters as if bringing a pot to a slow nutritious boil without overcooking the ingredients. Strong fire without enough water is a recipe for disaster and can cook the organs.

In Thailand, as Long Pu Lamai exemplified, water is the basic element for spiritual practice. This is one reason you will always find a small glass of water placed in front of a Buddha, statue, shrine or spirit house. While the element of water has many other attributes that appease the Thai spirits, its esoteric function is as a reminder for us to cleanse and nourish our inner water before lighting the candles of devotion.

Long Pu Lamai passed away a few years ago. He is another example of the highly evolved monks that are humbly hidden in the Thai countryside and serve as healers to their local community. I will always be grateful for his teaching.