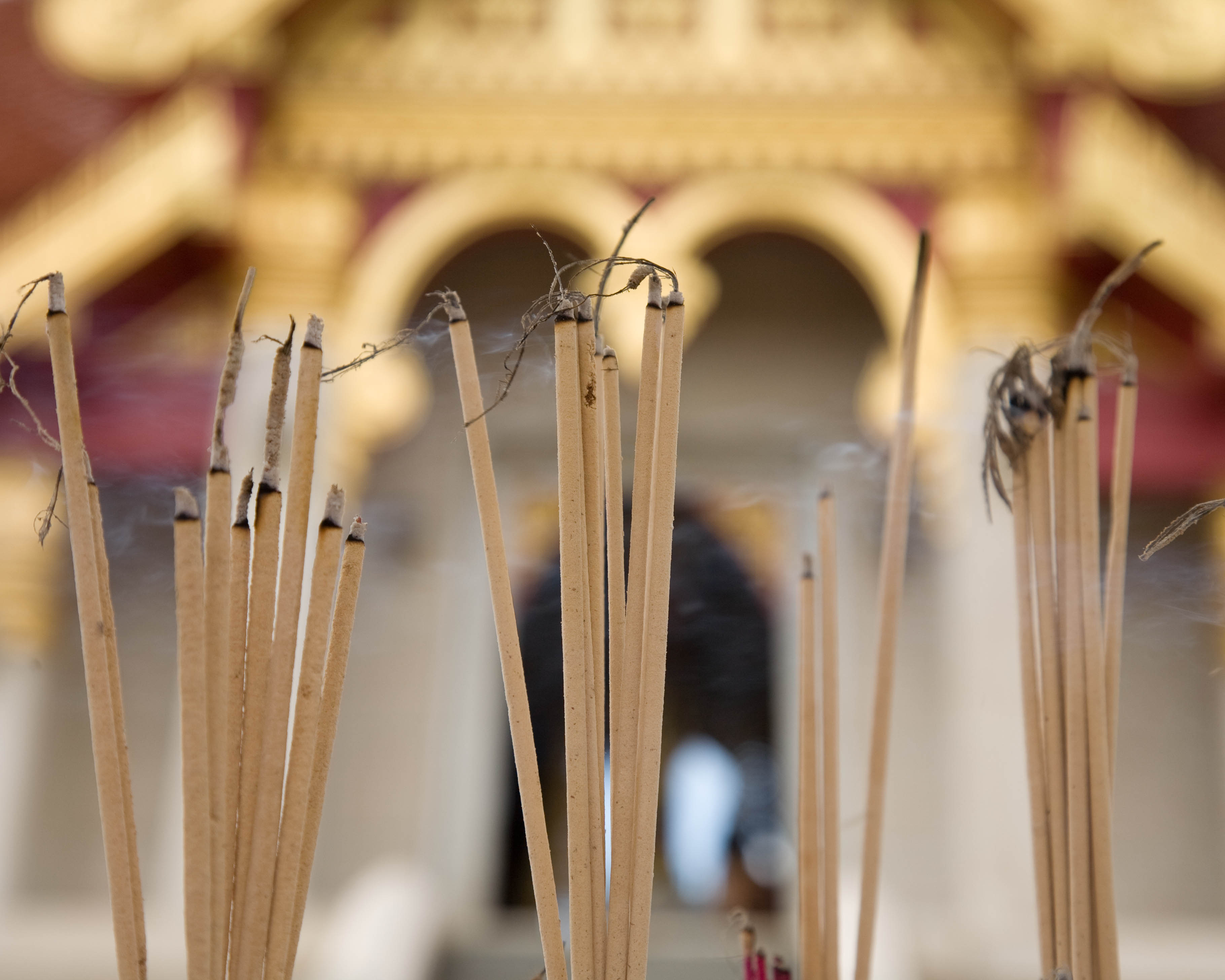 For a large part of the world, the solstice on June 21st marks the beginning of the summer season. During the summer, the sun dominates the sky and our hearts easily burst open. It is a time of devotion, of play and love.

The ruling element of this period is fire and its messenger is smoke. In the spirit house tradition a primary medium used to carry messages of the heart to the astral world is incense. The power of incense can be likened to the first spiritual SMS: A Short Message in Smoke. Burning potent flowers, leaves, resins and barks is one of the oldest methods of ritual communication.

As far as we know, the first attempts to communicate with the spirit world were through cave paintings that still exist in France dating back to 17,300BC. Incense, on the other hand, leaves no historical record. If it predated cave paintings, we don’t know, but the theory that messages through spiritual smoke originated when humans discovered fire is a strong possibility.

In the early stages of our conscious evolution fire was believed to be an intelligent force, a God. It would have been a very simple progression for humans to figure out that throwing sticks, resins, and flowers into a fire pyre would produce a fragrant smoke. Depending on the herb, the smoke could purge the air of illness and open up sacred space. The simple act of combining earth and fire to produce smoke is still a fundamental aspect of all spiritual traditions today. In India incense is typically made from sandalwood and jasmine. The Taoists use juniper and fragrant sticks of local wood. Native Americans burn different kinds of dried sage to smudge and clear negative energy.Christian traditions burn Frankincense resin. The Japanese “zenified” the art of smell by refining incense making into a high quality doop (incense without a stick) that moves sweet smoke slowly through the air like condensed milk. It’s a kind of snail mail, but does the job just as well.

In the spirit house tradition, the art of sending a spiritual SMS is carefully calculated, just like a telephone number. The numbers of incense sticks lit by each petitioner are based upon a system of Thai astrology that correspond to a deity or realm. When lighting incense for the angel Phra Chaya Mongkol, the number is always nine sticks. Nine is the most auspicious number in Thailand because it is the last number before ten, the highest achievement and closest to heaven. For the land guardians the number is five, an earthly number based on numerology. Sometimes you will see one stick of incense burning in a pot outside a Thai shop; this is for the local spirits and is done intentionally to appease them so they don't cause trouble. And if you are not sure how many to light up, three sticks are a safe bet. The number three represents the Buddha, the Buddhist teaching and the Buddhist community.

More important than the number of sticks is your mind and the message you want to send. Burning incense not only clears the space of negative spirits, and pleases good spirits through its natural properties, it is a powerful and ancient tool that opens our hearts. So with gratitude, I hope you are inspired to honor and wecome summer season by lighting a few sticks of incense. May all your wishes come true.