< Prev
Next >
Beliefs
The Nat of Myanmar and Thai spirit houses
Monday, November 10 2014 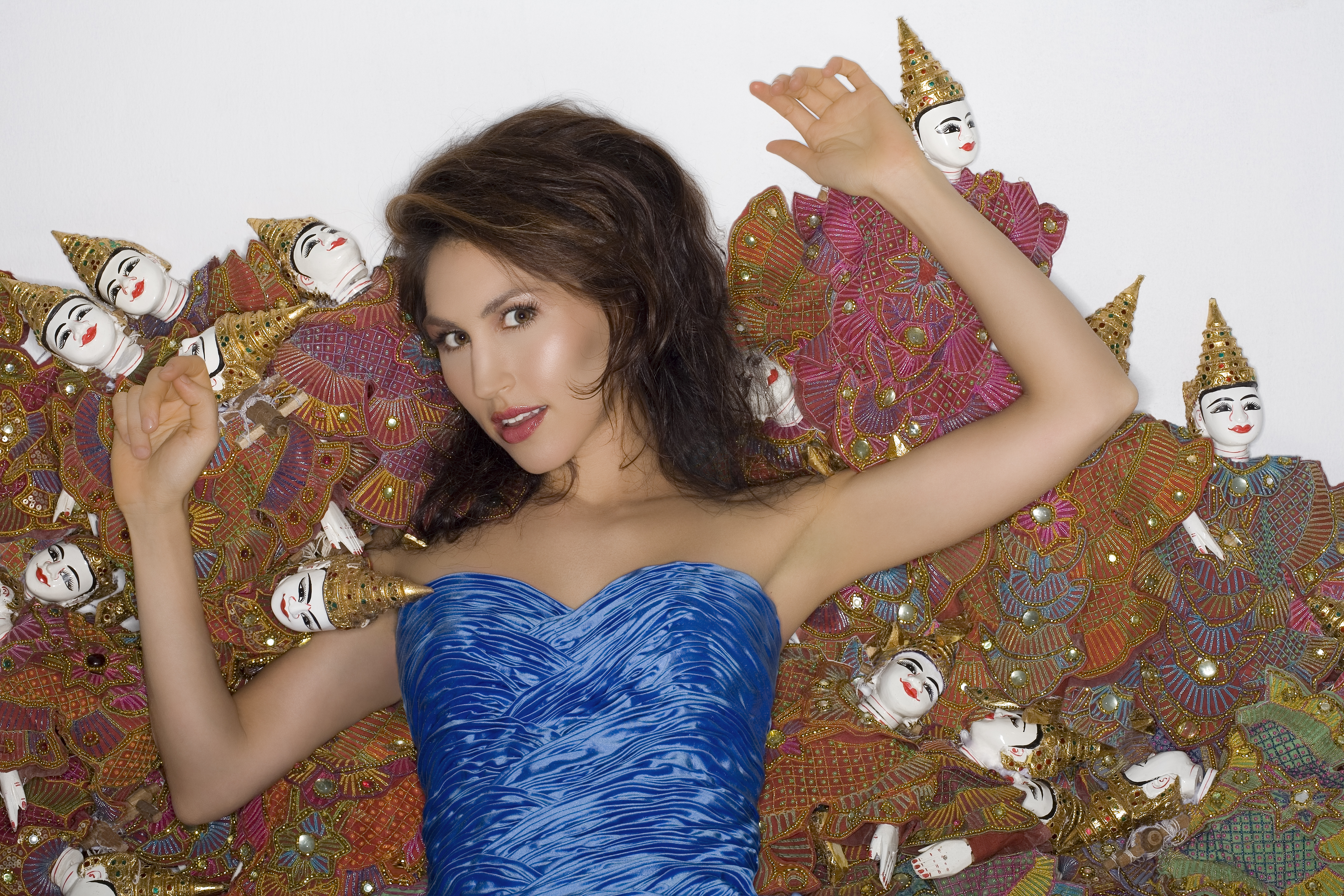 I wanted to be surrounded by the spirits, interact with them and capture a moment on film where I become a spirit puppet myself, all the while feeling the glamor and beauty of wish fulfillment.

The Burmese puppets in this picture are the personification of nat spirits. They come alive in the opening act of a Burmese marionette opera performance to pay respect to the patron goddess of the theatre and to propitiate Tha-gya-min, King of the pantheon of the nats. This ritual sets the stage for the puppeteers and the musicians behind the scenes to give gratitude and express their art freely without disturbance from the spirit world.

The nat spirits of Myanmar share similar animist origins with the guardian spirits inside a Thai spirit house, although their history and evolution took a different path. There are many kinds of nat spirits. Like Thai chao thii spirits, the original nat come from nature; they are land guardians of the mountains (taung saung nats), trees (yokkazo), forests and villages (taw saung nats). The most famous and powerful nat resides in Mount Popa, an extinct volcano near Bagan that indigenous Burmese have made pilgrimage to for over 1,000 years. Every Burmese individual also has their own guardian spirit called ko saung nat.

Nat spirits have different powers and duties over the daily affairs of Burmese people. They resemble a human in shape that often maintains or guards objects and social decisions such as marriage. Like Thai spirits, the nat are not necessarily benevolent and can cause disturbance if not taken care of properly. Each village has their own nat protector and a shaman priest (called a nat ka-daw) who can communicate with the spirits through elaborate ceremonies, possession, music and dance.

Statues and shrines to nat can be seen all over Burma filled with offerings of coconut, bananas, flowers, scents, candles, liquors, soft drinks, fried chicken, fried fish, and sweets. But unlike Thai spirit houses, nat shrines can also be found inside Theravada Buddhist temples. (Thai Buddhist temples have spirit houses on temple grounds, but not inside the actual temple building). This unique fusion of nats with Buddhism was implemented by King Anawrahta of Bagan (1044–1077). The king categorized the nat spirits into thirty-seven different types and created highly developed rituals and ceremonies around them.

Another interesting comparison of nats and Thai guardian spirits is their social function in regards to ethnic identity and land entitlement. Recently the Ital-Thai company installed a set of Thai spirit houses at their factory development project in Burma. The local Burmese were seriously offended that the Thais had imposed their land guardians on Burmese land, so much so that they smashed the spirit house to bits in protest. The Burmese said that their land guardians were "Buddhist" land guardians not "Thai” land guardians, so it was offensive to the nat spirits to place a Thai spirit house on their land. This situation shows that Thai spirit houses connect to Thai identity and land as being specifically Thai, which is confirmed by the Burmese conflict with their own nat spirits and is further distinguished by a perceived difference in religious qualities (Thai animist-Hindu vs. Burmese animist-Buddhist). This distinction between the two culture’s land guardian spirits shows that spirits hold a deep psychological role in ethnic identity and national belief.

Cultures around the world use different mediums to express the invisible forces of nature’s guardians and the spirit world. In Myanmar the complex tradition of the nat spirits is infused in more aspects of Burmese life than the chao thii spirits inside a Thai spirit house. I really enjoy how the Burmese  use puppets to integrate the nat spirits in their art and expression. Spirit puppets allow humans to participate in the animation of the spirit world. Suddenly paintings and statues feel frozen in posture and stiff in comparison. Let’s hope the future of Myanmar will be something like their sacred puppet show with the power in the hands of the people.

For more about the Thai spirits not welcome in Myanmar, read: http://asiapacific.anu.edu.au/newmandala/2013/04/19/thai-spirits-not-welcome-in-myanmar/